Libraries and Cultural Resources (LCR) has made significant investments in the expansion of electronic journals, databases, and other scholarly resources. Over the past five years, collection budget expenditures increased from $11.15M in 2011 - 2012  to $13.63M in 2015 - 2016. Strategic support from the Office of the Provost has proved critical for the growth of collections and, in the last two years, avoidance of cancellations.

The 2016 - 2017 fiscal year brings difficult challenges. The purchasing power of the budget continues to decline, through the combined effects of inflation, skyrocketing e-resources costs, and the falling Canadian dollar. LCR will be making tough decisions to cancel a wide range of scholarly journal packages and other library resources just as other Canadian institutions have done over the past year.

Inflationary increases and the drop in buying power particularly in 2015 - 2016 has resulted in a jump in the value of orders cancelled. This illustrates the obvious challenge to Canadian libraries nation-wide.

An increasing portion of the collections budget is tied up in large journal packages as the rising costs illustrate in the following chart. 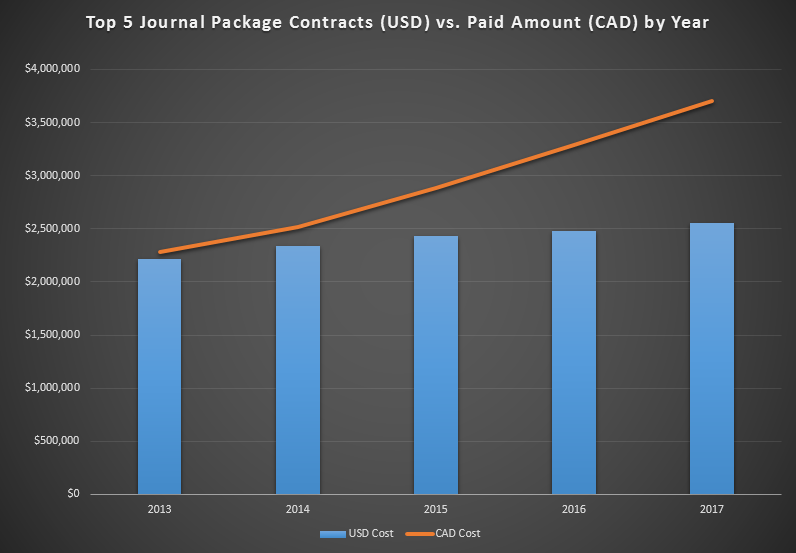